Electrical workers registered on the IBEW Local 1 Available for Work list may use the form below to renew their registration.

At the IBEW 38th International Convention, Resolution No. 35 called for parity among all construction local unions with regard to re-sign procedures. It has been deemed that the re-sign period that will be mandated nationwide will begin on the 10th and end on the 16th of every month.

Excerpt from the Convention Report:

Resolution No. 35. The resolution called for parity among locals for all Book II re-sign procedures to ease the travel and bookkeeping requirements for members traveling to other jurisdictions for work.

The Resolutions Committee recommended nonconcurrence based on what they said was the impossibility of devising a system of complete parity in locals’ re-sign procedures.

Speaking in opposition to the committee’s recommendation, Detroit Local 58 delegate Susan McCormick said that while she acknowledged that it may be impossible to devise a system of complete parity, “by standardizing the day of the month in which re-signs are required, it will lessen the burden on both office staff and members.”

The motion of nonconcurrence failed and after floor debate, the original motion carried. The convention, thus, votes to set up a system of parity in re-sign procedures.

Optionally, members may download the smartphone application, LaborPower Mobile, for thier Android or iOS devices. 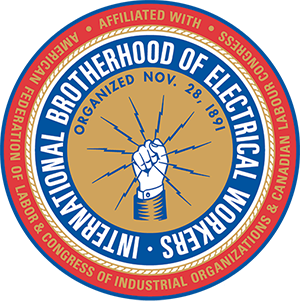