THE BIRTHPLACE OF THE IBEW

St. Louis is honored to be the birthplace of the International Brotherhood of Electrical Workers. Since IBEW Local One’s establishment as the first local chartered by the International Union, the local has played a crucial role in the progress of the St. Louis region and in the advancement of the IBEW. Following the founding of IBEW Local One on Nov. 21, 1891, local union members enjoyed work opportunities in a climate of business expansion. IBEW Local One membership grew as members met the needs of the industrial age.

During the fabulous summer of 1904, the entire world witnessed the talents of IBEW Local One members when the Louisiana Purchase Exposition opened with illumination from the first electric lights ever seen at a World’s Fair. With such glowing achievements, St. Louis was selected as the setting for celebrating the IBEW’s Diamond Jubilee in 1966 and the IBEW’s Centennial Convention in 1991.

In 1947, IBEW Local One initiated its formal training program, calling for one-half day of classroom training each week in a three-year, on-the-job apprenticeship program. In 1956, new post-graduate classes for IBEW One journeymen electricians attracted the enrollment of more than 400 journeymen attending 24 classes. Speaking to concerns by American labor as automation technology advanced and machines replaced men in the control of machines, the New York Times editorial page applauded IBEW One’s effort in a March 1956 report that stated,

“Local One of the International Brotherhood of Electrical Workers in St. Louis is meeting this challenge in an interesting and important way. Convinced that “the number of production jobs lost due to automation will be more than made up by the increase in production of electrical equipment required,” the union has organized an ambitious educational program to train its members for the new kinds of jobs that will be created.”

In the local’s continuing quest for industry excellence, the St. Louis Electrical Industry Training Center opened in 1967 at 2300 Hampton with 205 apprentices enrolled. IBEW Local One and the National Electrical Contractors Association (NECA) reinvested in the school with a major renovation in 1999 that made it the AFL-CIO construction crafts’ most high-tech training facility in the nation. Today, apprenticeship training is a five-year program of study, including one day each week in the classroom with professional instructors. Apprentices complete 960 hours of classroom training and qualify for 49 college credits upon completion of the rigorous program.

Having touched three centuries of St. Louis history, IBEW Local One today represents more than 5,000 active members and about 900 energetic retirees. It strives daily to represent all industry members who are employed in the electrical industry, endeavoring to secure the best possible negotiated wages, benefits packages and conditions.

Located at 5850 Elizabeth Ave. in St. Louis with a satellite office at 2611 Gerhardt in Cape Girardeau, IBEW Local One’s jurisdiction encompasses the City of St. Louis and 25 Missouri counties. The jurisdiction stretches from Lincoln County on the north to Warren and Franklin counties on the west, the Arkansas state line on the south, and the Mississippi River on the east. Local One members perform electrical construction for a multitude of specialty contractors and a wide variety of electrical work with telecommunications firms, sign companies, maintenance operations, manufacturers, automatic door firms, appliance repair shops, lightning rod companies, alarm and security firms, motor repair shops and electrical supply houses. 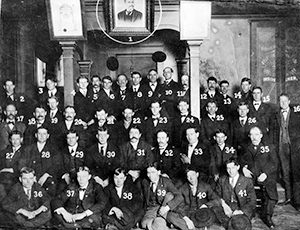 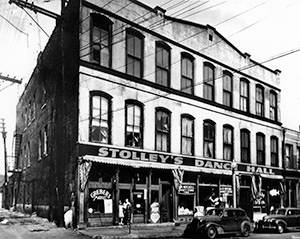